A study of patients undergoing radical prostatectomy found that those chronic kidney disease or end-stage renal disease have a higher risk of 30- and 90-day readmission and 1-year mortality.

Patients with chronic kidney disease (CKD) and end-stage renal disease (ESRD) are at higher risk for worse postoperative outcomes after radical prostatectomy (RP) compared with patients without CKD, according to study findings presented at the American Urological Association 2020 Virtual Experience.

“The results suggest that the number of patients undergoing radical prostatectomy with CKD or ESRD is increasing, and these patients are at significant risk for postoperative complication,” Dr Omidele said in a virtual presentation.

For the study, the investigators used data from the Statewide Planning and Research Cooperative System database, which is an all-payer statewide reporting system maintained by the New York State Department of Health. The study is the largest real-world cohort of patients with CKD and ESRD who have undergone RP, according to the investigators. 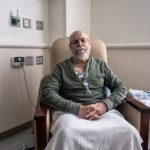