BOSTON—Metformin use at the time of transurethral resection (TUR) of non-muscle invasive bladder cancer (NMIBC) is associated with improved recurrence-free survival, according to study findings presented at the American Urological Association 2017 annual meeting. Results also showed that metformin doses of 2000 mg or more are independently associated with decreased recurrence risk.

The study population had a median age of 70.6 years. The median time to recurrence was 15 months.

In a separate multivariate analysis, Rushmer’s group found that patients taking 2000 mg or more of metformin at the time of TUR, compared with taking less than 2000 mg, had a significant 61% decreased risk of recurrence. 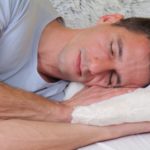