Investigators from Brown University in Providence, RI, led by Nicole A. Negbenebor, compared OAB symptom severity between 218 women with and without psychiatric conditions. The women were clinically diagnosed with OAB and/or urge urinary incontinence, but none were receiving OAB treatment.

The women evaluated their OAB symptom severity using several disease-specific questionnaires: the Urogenital Distress Inventory (UDI-6) short form, urinary Pelvic Floor Impact Questionnaire (PFIQ), and Incontinence Severity Index (ISI). During urodynamic evaluation (UDE), healthcare workers recorded the number, amplitude, and length of detrusor contractions, and urinary leakage. (Note: The current study is an offshoot of the researchers’ randomized trial, which investigated the effect of an audiovisual intervention during UDE on the presence of DO, compared with routine UDE.)

The investigators found no difference in OAB symptom severity between patients with a previous diagnosed psychiatric disorder and those with no mental disorders.

Among patients with a history of a psychiatric condition, higher UDI-6 scores reflecting more severe OAB were observed for women taking antidepressants and anxiolytics versus no psychiatric medications. ISI scores also were higher in patients on anxiolytics as well as those taking another class of medication, anti-psychotics.

Remarkably, patients on antidepressants or anxiolytics experienced a significantly lower rate of DO per hour and shorter contractions compared to patients with no psychiatric history or medications.

“Asking about psychiatric conditions can help provide insight into symptom severity for clinicians caring for women with overactive bladder,” co-author Jonathan Shaw, MD, told Renal & Urology News. “The pathophysiological relationship between psychiatric conditions and overactive bladder remains poorly understood and most of our therapies target the bladder or lower neurological pathways. Such a gap in our understanding presents opportunities for both basic science and clinical research.”

The researchers suggest future studies should investigate how the duration of psychiatric treatment can affect OAB symptoms and possibly develop a psychiatric therapeutic for OAB. 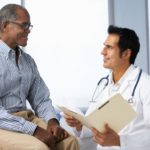