NEW ORLEANS—Researchers have identified risk factors for the development of metastatic disease in men with low- or intermediate-risk prostate cancer (PCa) being managed with active surveillance, according to a report presented at the American Urological Association annual meeting.

Dr. Yamamoto’s group prospectively studied a cohort of 980 evaluable PCa patients, 22% of whom had intermediate-risk cancer. Of the 980 patients, 30 (3.1%) progressed to metastatic disease after a median of 6.9 years. Of these, 11 were still alive at last follow-up, 15 died from PCa, and 4 died from other causes. Bone was the most common site of metastasis, occurring in 17 patients.

Investigators assessed patients by serum PSA level and digital rectal examination at 3-month intervals for 2 years and every 6 months thereafter.

“For low-risk patients managed with AS, the risk of prostate cancer metastasis is very low,” Dr. Yamamoto told Renal & Urology News. “For intermediate-risk patients, more detailed sub-classification will be needed to validate this approach.”

The proportion of Gleason pattern 4 on the diagnostic biopsy should be considered in decision making. A PSA level of 10 ng/mL had no impact on metastasis.

Among intermediate-risk patients, those with a PSA level above 10 ng/mL and a Gleason score of 6 have an excellent outcome with AS, Dr. Yamamoto said. The rate of progression to metastatic disease was no greater than those with a PSA level below 10 ng/mL. Patients who had a Gleason score of 3+4 had a 3-fold greater risk of eventually developing metastatic disease, and caution is warranted for those patients, he said.

Although the investigators believe AS is still appropriate for selected men with Gleason 3 plus small amounts of 4, extra scrutiny is required, either with magnetic resonance imaging (MRI), template biopsies, or genetic biomarkers, Dr. Yamamoto said. Although their data did not address this specifically since MRI was not part of the algorithm until recently, they believe that patients with a Gleason 3+4 cancer—with a low percentage of Gleason 4 (10% or less) and a negative multiparametric MRI or favorable genetic score—can be managed safely using this approach. Other patients may also be candidates, particularly older individuals, he said. 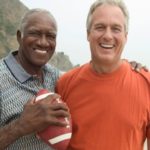