NEW ORLEANS—The risk of renal cell carcinoma (RCC) progression after nephrectomy is 5% after 10 recurrence-free years, researchers reported at the 2015 American Urological Association annual meeting. The most predictive factor for progression appears to be a pathologic stage above pT1.

For the study, Francesca Carobbio, MD, and colleagues from the University of Brescia in Italy examined the records of 554 RCC patients with a negative follow-up during the first 10 years after radical or partial nephrectomy and a median 15-year follow-up after surgery. The majority of patients had clear cell RCC (86%); the remaining had papillary (7%), chromophobe (5%), and other types (2%).

Significantly, 29 patients (5.2%) experienced disease progression after a median 13.4 years. Progression occurred most frequently in the contralateral kidney and the lung, but also is some atypical sites, such as the pancreas and thyroid. The researchers found that pathological stage was the only independent factor linked to cancer progression.

“Early detection of renal carcinoma recurrences is crucial,” Dr. Carobbio stressed to Renal & Urology News. “Early surgical removal of metastasized tumors can lead to regression of the disease in a significant proportion of patients and, in a minority of them, be truly curative.

“The risk of late recurrence is low for stage pT1,” she continued, “whereas it is significantly increased for higher-stage disease. Based on our findings, controls can be suspended after 10 years of follow up in patients with pT1 RCC with abdominal ultrasonography focusing on the contralateral kidney once every 2-3 years. For stage pT2, an abdominal examination with particular attention on the pancreas and an investigation of the thorax, preferably with CT, is advisable every year. For stage pT3, controls should be intensified in years 10-15, with more extensive use of the CT scan of the thorax and abdomen.”

Kidney Cancer Nephrectomy
Next post in AUA 2015 Other Genitourinary Cancers 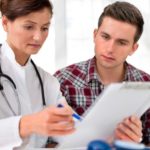