SAN DIEGO—Patients who undergo renal transplantation can experience significant weight gain in the first six months after the procedure, and the reason may not be related to changes in dietary intake, researchers reported here at the 2010 American Transplant Congress.

This increase occurred despite no significant increase in nutrient intake during the study period, said Dr. Cashion, Chair of the Department of Acute & Chronic Care at the College of Nursing, University of Tennessee Health Science Center, Memphis. For example, at baseline and three and six months, the mean kilocalorie intake per day was 1,807, 1,783, and, 1,630, respectively.

The study revealed minimal variation in nutrient intake between patients who gained weight and those who did not. In addition, Dr. Cashion’s group observed no significant correlations between weight gain and any of the measures of nutrient intake.

The findings challenge the view that improved appetite following a renal transplant and the transition from a restricted renal diet to an unrestricted diet is primarily responsible for post-transplant weight gain, Dr. Cashion said. She said she speculates that patients gain weight mainly as a result of inactivity and perhaps genetic factors. 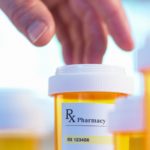