PHILADELPHIA—Obese kidney donors are not at elevated risk for renal dysfunction long term, but they may experience an increase in risk factors for cardiovascular disease (CVD), according to researchers.

A team led by Raj Amin, a first year medical student, and Andrew M. Posselt, MD, a transplant surgeon at the University of California in San Francisco, based these findings on a study that enrolled 146 patients who donated a kidney a mean 12 years earlier (range 4-45 years).

Dr. Posselt noted that he and his colleagues undertook the study “because a larger and larger fraction of our donor population is overweight and obese and there’s a known association between obesity and renal dysfunction.” In addition, many living donors are not followed up closely following nephrectomy.

The researchers stratified the donors according to body mass index (BMI): less than 25 (normal weight), 25-29.9 (overweight), 30-34.9 (obese), and 35 kg/m2 or higher (morbidly obese) and matched the donors by age, gender, race, and BMI with healthy subjects who served as two-kidney (2K) controls.

All donors lost 25%-30% of renal function over time, but their renal function remained relatively stable regardless of their BMI, Dr. Posselt said. Within each donor and 2K group, increasing BMI was associated with significantly more hypertension and dyslipidemias. The investigators observed no significant differences when these parameters were compared between donors and 2K within the same BMI group.

The percentage of patients with abnormally high diastolic blood pressure was significantly higher in the overweight, obese, and morbidly obese donor groups compared with the BMI-matched controls. The 10-year CVD risk as estimated by Framingham Risk Score was lower in normal weight donors compared with matched controls, but this effect disappeared with increasing BMI.

The findings suggest that obese patients still can be used as donors but they underscore the need for more intensive post-nephrectomy follow-up of these patients, Dr. Posselt said. 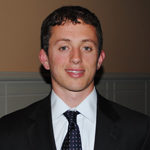