Researchers at The Catholic University of Korea led by Ji Il Kim, MD, studied 123 first-time renal transplant recipients. Subjects were followed up for more than 10 years. The investigators included only patients whose grafts survived for at least one year (to diminish the influence of technical failure and immunologic graft loss) and who were immunosuppressed with cyclosporin-based regimens.

Donor kidney weight varied from 110 to 340 grams (mean 203.1 grams) and Kw/Rw ratio ranged from 1.82 to 6.80 g/Kg (mean 3.52). Among three groups, the mean serum creatinine levels at one, six, and 12 months after transplantation were significantly lower in patients with a high Kw/Rw ratio than in those with a medium or low ratio, but serum creatinine level at three and five years did not differ significantly, according to a poster presentation at the 2011 American Transplant Congress. This result was due to removal from the data set of patients with a high creatinine level whose grafts failed between three and five years. Graft survival rates at five and 10 years post-transplant were 88.8% and 79.5% in the low group, respectively, 93.4% and 87.4% in medium group, and 100% and 91.8% in the high group. 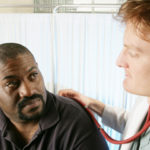