PHILADELPHIA—Kidneys from diabetic donors are associated with an increased risk of graft loss and death compared with kidneys from non-diabetic donors, especially in diabetic recipients, investigators reported at the 2015 American Transplant Congress.

Using United Network for Organ Sharing registry data, Deirdre Sawinski, MD, and colleagues at the University of Pennsylvania in Philadelphia compared outcomes between pairs of recipients receiving a kidney from the same donor. They stratified subjects by the diabetes status of both donor and recipient. Among pairs in which 1 recipient was diabetic and the mate recipient was non-diabetic, 1,539 received diabetic donor kidneys and 21,459 received non-diabetic donor kidneys.

“Given the overall shortage of kidneys, these organs [from diabetics] should not be discarded; however, they should be allocated with caution,” Dr. Sawinski told Renal & Urology News. “In particular I would recommend against their use in younger patients. Patients should be counseled about the increased risk of allograft loss associated with these organs.”

Asked whether diabetic transplant candidates should be advised to wait for a non-diabetic donor, Dr. Sawinski said this would depend on the patient. Clinicians need to consider that diabetics are at increased risk for death on dialysis, especially those with other comorbid conditions, and take into account wait times in the patient’s region. “So I would argue that in high-risk patients (those with multiple medical comorbidities) or for those in long-wait areas, it still might be advantageous to consider a diabetic donor kidney over waiting on dialysis.”

In a separate study presented at the meeting, Canadian researchers reported that transplanting kidneys from selected deceased donors with diabetes into recipients with diabetes does not worsen outcomes beyond the effect of recipient diabetes alone. 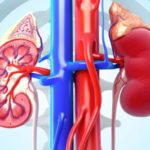