Kidney transplant recipients who convert early from calcineurin inhibitor (CNI) therapy to an everolimus-based regimen have a risk of new-onset diabetes similar to those who continue on CNIs, according to study findings presented at the 2017 American Transplant Congress in Chicago.

The study also showed that the risk of new-onset diabetes after transplantation (NODAT) differed by CNI therapy: It was higher among patients who remained on tacrolimus rather than cyclosporine.

The findings are from an analysis of 24-month data from the multicenter open-label ELEVATE study. At 10–14 weeks after transplantation, Hallvard Holdaas, MD, of the ELEVATE Study Group and Oslo University Hospital, Rikshospitalet in Oslo, Norway, and colleagues randomly assigned 717 kidney transplant recipients to convert from CNI therapy to everolimus (360 patients) or to continue CNI therapy (231 patients on tacrolimus, 126 on cyclosporine).

Patients with and without NODAT had similar post-transplant outcomes, according to the investigators. The incidence of adverse events/infection leading to treatment discontinuation was higher in the everolimus than CNI groups in patients with NODAT (11.1% vs 7.1%) and without NODAT (24.6% vs 8.5%). 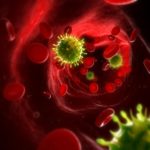 Post-Transplant Infections, Cancer Do Not Up Mortality