“There was a significant decrease in UTI rates among patients treated with cephalexin in addition to SMX/TMP PCP prophylaxis compared to patients treated with SMX/TMP alone,” Patrick M. Klem, PharmD, BCPS, of the University of Colorado in Aurora, Colorado, and colleagues concluded in their study abstract. “However this benefit was lost when an alternative PCP prophylactic was used.”

A low-dose fluoroquinolone was used in place of cephalexin in patients allergic to a cephalosporin.

In the new era, 12 patients received another fluoroquinolone, including 8 who also received SMX/TMP. UTI was identified by a positive urine culture containing more than 104 colony-forming units per mL of dilution and positive urinalysis.

In the new era, the UTI incidence rate was significantly lower in cephalexin-treated patients receiving SMX/TMP compared with those who did not receive SMX/TMP (7.5% vs 25.8%). New era SMX/TMP patients also had a significantly lower incidence rate of UTI than SMX/TMP patients in the old era (7.5% vs 16.3%). The first UTI occurred significantly later in the new era at 34 days post-transplant compared with 14 days in the old era. During both eras, the most prevalent bacteria associated with UTIs were enterococcus species and Escherichia coli.

The benefit of add-on cephalexin diminished when a prophylactic other than SMX/TMP was used, the investigators reported. 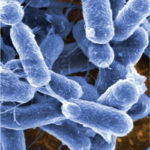