Corticosteroid Withdrawal or Avoidance: The rationale for minimizing corticosteroid exposure is compelling and provided by well-established risks of osteoporosis, avascular necrosis, and other side effects. One study found beneficial effects on BMD after early tapering of prednisolone.29

Bisphosphonates: In four studies that used multiple doses of pamidronate during the initial months after renal transplantation, prevention of bone loss occurred, even after the treatment was discontinued.30 All studies showed that the administration of pamidronate prevented bone loss in a short period after transplantation, but most of these patients already had or developed low turnover bone disease.30 Similar results were found when other bisphosphonates were administered.31-35

Vitamin D Analogs and Vitamin D Receptor Activators: In a well- controlled, blinded study, Josephson et al. showed that kidney transplant recipients who were given calcium and calcitriol had significantly less bone loss in the lumbar spine and increased BMD in the distal radius and femoral neck compared with transplant patients given calcium alone or placebo.37

The patients given calcium and calcitriol did not develop significant hypercalcemia or deterioration of kidney function during the  two years of the study. Unfortunately, no studies have evaluated fracture rates.37 Torres et al. demonstrated that therapy with low-dose calcium supplements for one year plus intermittent calcitriol for three months after transplantation is safe, decreases  PTH levels rapidly, and prevents  bone loss at the proximal femur.38

Compared with placebo, calcidiol and oral calcium increased BMD at the lumbar spine and femoral neck.39 Paricalcitol, a selective vitamin D receptor activator, is indicated in the prevention and treatment of secondary hyperparathyroidism. Preliminary results of a randomized controlled trial demonstrated changes in urinary peptides due to treatment with paricalcitol,40 but no published study has assessed the association of bone fracture, BMD, or outcomes with  administration of paricalcitol.

Hence, treatment with calcitriol significantly improves the BMD at the femoral neck and lumbar spine without a significantly higher risk of hypercalcemia.36

Calcimimetics: During the past few years, the calcimimetic agent cinacalcet was evaluated for the treatment of hypercalcemia in renal graft patients with ongoing secondary hyperparathyroidism. As shown in some post-transplant trials, cinacalcet successfully reduced elevated serum calcium and PTH levels with no negative effect on renal function. It also was shown to be safe in kidney transplant recipients. A favorable effect of cinacalcet on BMD in renal transplant patients was demonstrated in a few small studies.41

Other Treatments: Another therapeutic agent studied after kidney transplantation is teriparatide, recombinant human PTH. A trial from 2008 showed that teriparatide administered to kidney transplant patients for six months was safe but did not alter BMD in the lumbar spine or distal radius compared with the placebo group.42

However, BMD at the femoral neck remained stable in those given teriparatide, compared with a decrease in the placebo group. In addition, after six months, no significant differences between the two groups were detected in fractures, bone histology, vitamin D levels, PTH levels, kidney function, or serologic bone markers.42 Calcitonin had no effect on mortality, graft loss, and risk of fracture in patients after kidney transplantation.36

Bone disease after kidney transplantation is characterized mainly by loss of bone volume and the presence of mineralization problems, which result in low turnover bone disease in most patients. The three main contributing factors are pre-existing renal osteodystrophy at time of renal transplantation, transplantation-specific therapies, and reduced renal function.

At this time, no well-established therapeutic approaches that provide bone anabolic effects in renal transplant recipients are available. Vitamin D and bisphosphonate can be used for treatment of mineral bone disorders after transplantation, but low turnover bone disease, especially adynamic bone disease, is the most frequent abnormality, so bone biopsy should be considered before administration of bisphosphonates. 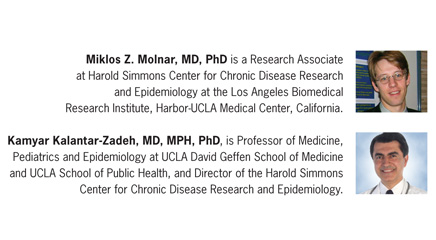